The Polio Virus has been around for centuries. Yet the virus seldom caused paralysis until the late 1800's. In fact, 95 percent of polio cases occur without symptoms, just a mild fever. But in less than one percent of the victims, the virus penetrates the blood-brain barrier to cause paralysis and death. As the fear of a polio epidemic in the US spread in the 1950's, polio vaccines were rushed to market and vaccination became compulsory.

Dr Maurice Hilleman, one of the most renowned vaccine developers in the world with over three dozen vaccines to his credit headed Merck's vaccine program. On examining the injectable Salk polio vaccine and the oral Sabine vaccine, he isolated the SV40 Simian Live Virus from both and discovered that most polio vaccines given to the public were contaminated with cancer causing viruses.

As expected, the government kept these revelations secret, warning neither doctors nor the public while the vaccines continued to be administered for decades. SV40 was so virulent that it became a popular tool for cancer researchers to rapidly transform healthy animal cells into tumor cells. In fact, from 1955 to 1963 up to 98 million children and adults in the United States were exposed to SV40 Simian Live virus, a known carcinogen, due to contaminated polio vaccines.

In the March 1977 issue of Science, Jonas and Darrell Salk made the startling revelation that, "Live virus vaccines against influenza or poliomyelitis may in each instance produce the disease it is intended to prevent…." This should make every thinking person pause and consider whether vaccines do more harm than good.

On January 26, 1988, the Washington Post featured a story about polio from a national conference that concluded that all new cases of polio have come from the vaccine itself. None of the original 'wild type' polio virus has caused a single case of polio in the United States since 1979. The program should have been discontinued long before but it wasn't, due to collusion between Big Pharma and government regulators, known as the Medical Cartel as exposed in the book 'Cancer Vortex'.

During the last 30 years, the number of vaccines given to babies has quadrupled from 10 to over 40 on average and over 70 by school age. This rise is coincident with a dramatic increase in the number of Autism Spectrum Disorders.

Vaccines were first developed to prevent epidemics like smallpox. The basic theory was to inject a small sample of an attenuated virus into the body to stimulate antibodies in an attempt to jumpstart an immune response. However, it has often been found that injection of live viruses, even attenuated ones can cause the disease the vaccine was intended to prevent (as admitted by Dr Jonas Salk with the polio vaccine). After years of mandating the cowpox vaccine in England and Japan, the death rates skyrocketed and the vaccines were eventually stopped.

In 1976, the Centers for Disease Control (CDC) sponsored a national vaccination campaign for the previously unheard of Swine Flu; in fact, there had not been a single case in the country except amongst pigs. Some months after President Ford endorsed the campaign on CBS TV, thousands started feeling the toxic effects of the vaccine and claims of paralysis resulted in lawsuits and damages against the drug companies totaling $1.3 billion.

An even greater tragedy was the inadvertent inclusion of the SV40 cancer virus in the polio vaccines given to over 90 million Americans in the 1950's and '60's. Even after the virus was discovered, the government kept it secret and the national vaccine campaign continued its course. Over recent decades, tumors bearing the SV40 signature have been discovered in the lungs, brains and lymph systems of thousands of cancer patients.

The US healthcare industry is run by a Medical Cartel encompassing Federal regulators (such as the FDA, NIH, CDC) and giant Pharmaceutical companies posting sales in excess of half a trillion dollars. Vaccines comprise a major portion of this cash flow as does Cancer Therapy. Both are vital to the gross profitability regardless of how many people are actually killed, injured or immunized.

Must see:  Gary Null's "Silent Epidemic: The Untold Story of Vaccines" providing the personal stories of many families tragically affected and medical experts who support them.

Concerning books on the topic of Cancer which has become a worldwide epidemic, “Cancer Vortex” is based on extensive research into cancer treatment and the transformation of the American Medical System into a tightly controlled Cartel established by the Rockefeller clan in the early 1900’s

It is especially relevant to study the background of the transformation of the US Medical system in relation to Cancer Treatment. Under the new AMA and FDA the system became more rigid and expensive, relying on Big Pharma drugs and eliminating Homeopathic doctors.

Later in the century the cartel starting with cowpox then polio developed a variety of vaccines ostensibly to prevent or cure an unending sequence of afflictions.

Children especially at risk: Vaccines harm millions of children every year in terms of autism, mental retardation, learning disabilities, suppressed immune function and SIDS (Sudden Infant Death Syndrome). Especially affected are babies under 12 months, which haven't had a chance to fully develop an immune system and yet are exposed to a sequence of vaccinations their bodies are not prepared for.
The Physicians' Desk Reference (PDR) states that vaccinations may contain mercury, aluminum, formaldehyde, SV40 virus, bovine serums, latex, neomycin and other known carcinogens and allergens. Some of these toxins are injected into the bloodstream of babies as young as one day old. In fact, no long term testing for efficacy or safety for any vaccination has ever been done. Essentially, Big Pharma is using our babies as their own guinea pigs.

-        Those who believe the US medical industry relying on Big Pharma drugs is scandalously overpriced
-        Those seeking safe cancer treatments as alternatives to rigid protocols like surgery, radiation and chemo therapy
-        And those seeking a lifelong cancer cure not just a 5 year survival statistic
-        Innovative safe cures that work with the body’s immune system, not attacking it
-        Doctors who work with and understand patient concerns, not a rigid authoritarian system which attacks the symptoms  of cancer and not the underlying causes

A special focus is on Dr Otto Warburg who discovered the actual cause of Cancer in the 1920’s, and his subsequent awarding of the Nobel prize, yet his achievement is ignored by the Medical Cartel because it could challenge their gross profits.

Therefor the best way to deal with and cure Cancer is at the metabolic level not by attacking the body with radiation and chemical toxins.
Also highlighted in the book are other great doctors and natural healers like Max Gerson, Stanislaw Burzynski, Royal Rife, Ernst Krebs, Linus Pauling and others.
Posted by admin at 6:44 PM 1 comment: 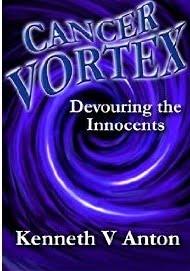